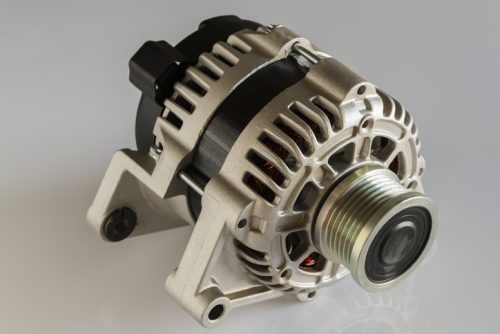 What Do Alternators Do, and Why Do They Fail?

If you’ve got problems with your vehicle’s alternator, it could very well result in your battery dying and your having to get your vehicle towed to the shop to get it fixed. But for most people, when they hear they’ve got a bad alternator, all they know is that this is bad—they don’t necessarily know what the alternator does or how it fails. A little bit of knowledge can go a long way in the automotive world, and could potentially help you avoid these types of repairs.

Here’s some information from auto repair shop in Madison, TN about alternators and how they fail.

Alternators have a number of moving parts, so as they get dirty and are subjected to extreme temperatures, those internal components can wear out, causing the alternator to go bad.

One of the most common problems you’re likely to experience with an alternator is a failure in the bearings. There are needle bearings in the alternator that allow the rotor to freely spin inside the housing, and those bearings can break down over time as a result of exposure to heat and dirt. When those bearings do fail, the rotor will not operate as efficiently as it once did, making it more likely that it will seize up and stop working.

You’ll generally be able to tell if you’re having problems with the bearings if you start hearing a loud grinding noise. When you hear this noise, you’re probably not too far away from total alternator failure, so it’s crucial to get your vehicle in to the shop as soon as possible so the problem can be resolved. This is much more likely to be an issue with older vehicles that have generators than newer vehicles, but in general, alternator failure tends to be rather unpredictable, and can even vary based on the manufacturer.

There are other ways you can tell if your alternator is getting close to failing. There will be a dashboard light that shows up when the ignition switches on, which has a battery symbol. If there’s a buzzing noise when you’ve got the ignition turned, but the car’s not running, that is voltage from the battery going through the charging system, and if the bulb is burned out, the alternator will likely not work. Even if the car starts, the battery will probably quickly drain, resulting in the failure of the electrical system of your vehicle.

Finally, it’s important to note that not all alternator problems will necessarily result in you needing to fully replace the part. You should first check the serpentine belt. It could be that your alternator problems are caused by that belt being worn or loose, and you can replace that belt for much less than the cost of a new alternator. An auto repair shop in Madison, TN can help you diagnose the issue.

For more information about alternators, what they do and how they can fail in your vehicle, contact Rivergate Muffler & Auto Repair today.